Tag Archive for: stuck on roof 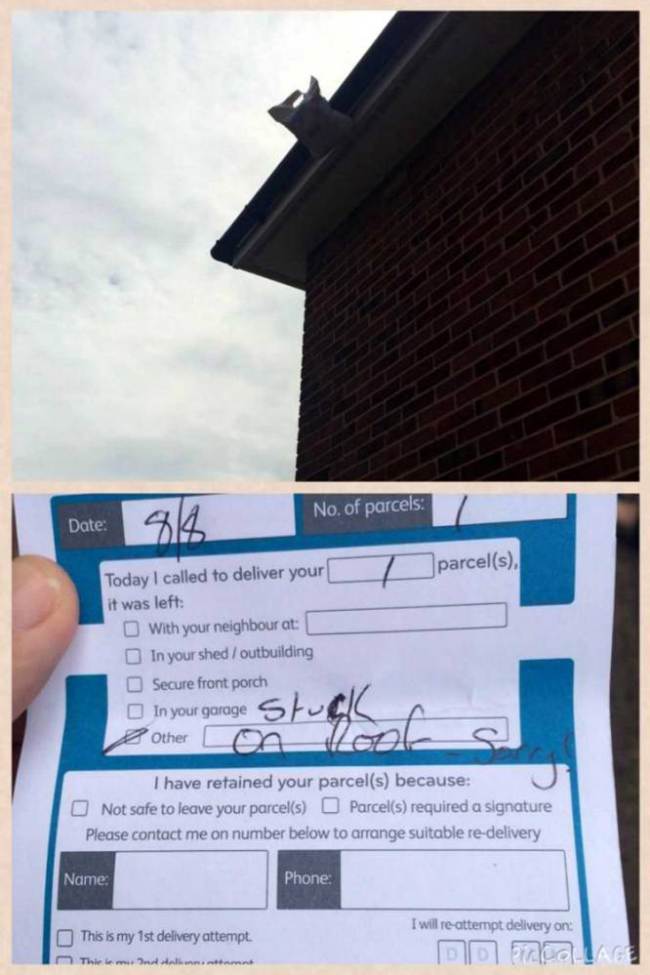 Finding the dreaded ‘I called but you were out’ note on the doormat is a frequent annoyance for millions of us in the age of internet shopping.

So a courier tried to save Benjamin Ward hassle by finding a way to deliver his parcel in his absence. Did he get a neighbour to sign for it or hide it in the shed? Er, no. He hurled the package on top of the house. Bemused Mr Ward arrived home to find a card telling him the clothes he had ordered for his son were ‘stuck on roof – sorry!’. The 34-year-old posted on Twitter about what had happened, saying: ‘I need a ladder.’

And after hundreds of people retweeted his message, courier service myHermes was alerted. It tweeted him: ‘Please accept our sincere apologies. This is unacceptable and we’re on it.’ ‘They sent him back to get it down with a ladder and say sorry,’ Mr Ward said. ‘It was super-awkward. It was more funny than anything else, so I don’t really want to make a big deal of it.’ It’s thought the courier may have landed the parcel on the roof in a misguided attempt to hurl it into Mr Ward’s back garden in Hove, East Sussex.